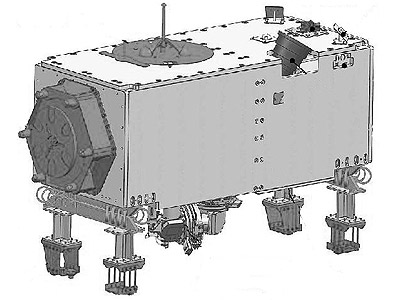 The OCO-3 instrument consists of three high resolution grating spectrometers which collect space-based measurements of atmospheric carbon dioxide (CO2) with the precision, resolution, and coverage needed to assess the spatial and temporal variability of CO2 over an annual cycle. After launch and docking with the International Space Station, the OCO-3 instrument will be installed on the ISS Japanese Experiment Module- Exposed Facility (JEM-EF) where it will be operating for the duration of the mission. The instrument will acquire data in three different measurement modes. In Nadir Mode, the instrument views the ground directly below the space station. In Glint Mode, the instrument tracks near the location where sunlight is directly reflected on the Earth's surface. Glint Mode enhances the instrument's ability to acquire highly accurate measurements, particularly over the ocean. In Target Mode, the instrument views a specified surface target continuously as the space station passes overhead. Target Mode provides the capability to collect a large number of measurements over sites where ground based and airborne instruments also measure atmospheric CO2. The OCO-3 Science Team will compare Target Mode measurements with those acquired by ground-based and airborne instruments to validate OCO-3 mission data. The observatory has a planned operational life of 3 years.

A Dragon transporter takes OCO 3 to the ISS. As the NASA budget did not include funding for the carbon-sensing project, it was put on hold, pending revival if money becomes available. With funding in the 2016 omnibus spending bill approved by House and Senate appropriators, NASA will be able to revive OCO 3 for a launch in the 2018 timeframe. The FY2018 budget proposal again cut the funding, but it was reinstated. In the FY2019 budget, the cancellation again was proposed. Eventually in May 2019 OCO-3 was eventually launched on the Dragon CRS-17 mission to the ISS.