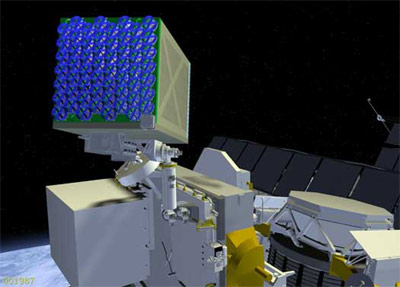 NICER (Neutron Star Interior Composition Explorer), also known as NICER/SEXTANT (Station Explorer for X-ray Timing and Navigation Technology), is a NASA Explorer Mission of Opportunity dedicated to the study of the extraordinary gravitational, electromagnetic, and nuclear-physics environments embodied by neutron stars. NICER will explore the exotic states of matter inside these stars, where density and pressure are higher than in atomic nuclei, confronting theory with unique observational constraints. NICER will enable rotation-resolved spectroscopy of the thermal and non-thermal emissions of neutron stars in the soft (0.2-12 keV) X-ray band with unprecedented sensitivity, probing interior structure, the origins of dynamic phenomena, and the mechanisms that underlie the most powerful cosmic particle accelerators known.

NICER achieves these goals by deploying, following launch in 2017, an X-ray timing and spectroscopy instrument as an attached payload aboard the International Space Station (ISS). Grazing-incidence optics coupled with silicon drift detectors, actively pointed for a full hemisphere of sky coverage, will provide photon-counting spectroscopy and timing registered to GPS time and position, with high throughput and relatively low background.

In addition to advancing a vital multi-wavelength approach to neutron star studies through coordination with radio and γ-ray observations, NICER will provide a rapid-response capability for targeting of transients, continuity in X-ray timing astrophysics investigations post-RXTE through a proposed Guest Observer program, and new discovery space in soft X-ray timing science.

Addtionally, NICER will conduct X-ray communications experiments in conjunction with the STP-H6 payload, also mounted on the ISS.

After launch and berthing to the ISS, NICER was moved from the Dragon CRS-11 trunk to the ELC 2 platform.