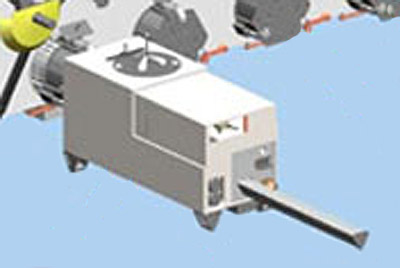 The MCE launched to the ISS on a Japanese HTV 3 (Kounotori 3), and was transferred and installed via Extravehicular Robotics (EVR) on the JEF (JEM-EF) exposed facility of the Japanese JEM module.