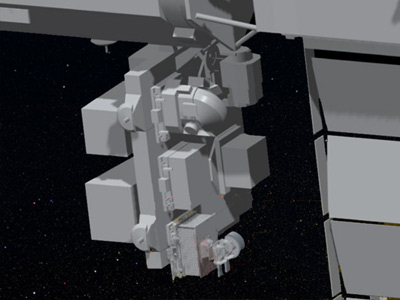 The CLARREO Pathfinder (CPF, Climate Absolute Radiance and Refractivity Observatory - Pathfinder) is a risk-reduction payload for the climate research CLARREO mission, which is to be mounted on the International Space Station (ISS).

The Climate Absolute Radiance and Refractivity Observatory (CLARREO) is a Tier 1 mission recommended by the NRC Decadal Survey 2007.1 The foundation of CLARREO is the ability to produce highly accurate climate records to test climate projections in order to improve models and enable sound policy decisions. The CLARREO mission accomplishes this critical objective through accurate SI-traceable decadal observations that are sensitive to many of the key climate parameters such as radiative forcings, climate responses, and feedbacks.2 Uncertainties in these parameters drives uncertainty in current climate model projections.

In 2016, the CLARREO project received funding for a Pathfinder mission to demonstrate essential measurement technologies required for the full mission. The allocated funds support the flight of a Reflected Solar (RS) spectrometer, hosted on the International Space Station (ISS) in the 2020 time frame. The key features of the CLARREO Pathfinder (CPF) mission-integration of CPF payload with the ExPA, slotted on the ExPRESS logistics carrier (ELC-1). The CPF is a Class D mission with 1 year of operations on orbit and 1 year for analysis of acquired data.

The CPF provides high accuracy spectral reflectance and radiance measurements enabled by an RS spectrometer operating between 350 - 2300 nm contiguous spectral coverage (> 95% of reflected energy) with uncertainty < 0.5% broadband and < 1% spectral (? = 2)3. The RS spectrometer will be capable of pointing to the moon and sun for calibration, as well as tracking time and angle matched observations when used for reference inter-calibration of other radiometers as shown in Figure above. The CPF RS spectrometer will provide Earth nadir observations between 52° N and 52° S latitude with full diurnal cycle sampling in approximately 1 month.

In the FY2019 budget, the cancellation of CLARREO Pathfinder was proposed, but it was reinstated. The Trump administration's 2021 NASA budget proposal again tries to cancel the mission.