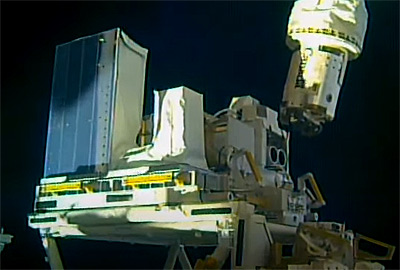 The STP-H7 (Space Test Program - Houston 7) is a combo of experiments to be hosted on the International Space Station (ISS).

The STP-H7 pallet features several different experiments, including CASPR, from various institutions. The integration of the pallet is under the management of the DoD STP Human Spaceflight Payloads Office.

The STP-H7 package was launched as an external payload on the Dragon CRS-24 cargo spacecraft towards the ISS, where it was mounted on the COF (Columbus) module.