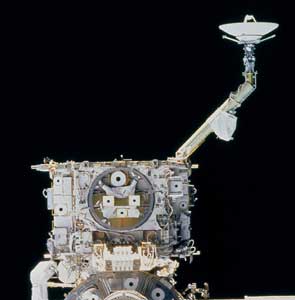 The ITS-Z1 contains the control moment gyroscope (CMG) assemblies, electrical wiring, communications equipment, and two plasma contactors designed to neutralize the static electrical charge of the space station. It is fitted with a Common Berthing Mechanism (CBM) port that connects its nadir to the zenith port of Node 1 (Unity). It also features a forward-facing Manual Berthing Mechanism (MBM) ring. This MBM is not a port and is not pressurized or electrically powered, but it can be operated with a handheld tool to berth any passive CBM to it. The Z1 truss's MBM was used only once, to temporarily hold PMA-2, while the Lab (Destiny) was being berthed onto Node 1 during STS-98. Since the installation of the nearby ITS-S0 truss in April 2002, access to the MBM has been blocked.

Initially, Z1 was used to temporarily mount the ITS-P6 truss and solar array on top. After the relocation of P6 to the port end of the truss, Z1 does not carry any other truss elements.