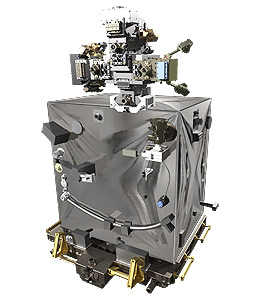 RRM3 () is an ISS attached experiment to test refueling technologies in space.

The mission is scheduled to launch to the space station in 2018. It has a projected two-year life on station, though NASA intends to accomplish RRM3's objectives within the first year. RRM3 is developed and operated by the Satellite Servicing Projects Division at NASA's Goddard Space Flight Center in Greenbelt, Maryland, under direction of NASA's Space Technology Mission Directorate.

The RRM3 Primary Objectives are:

RRM3 was launched with Dragon CRS-16 towards the ISS, where it will be installed on ELC 1