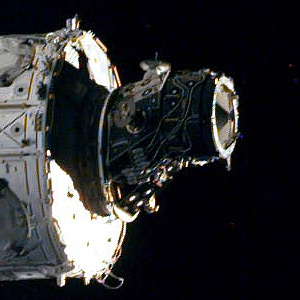 The PMA (Pressurized Mating Adapter) are elements to connect the 1.3 m US CBM (Common Berthing Mechanism) interface to the Russian 0.7 m APAS (Androgynous Peripheral Attachment System) docking systems. Three PMAs are untilised at the ISS - one for connecting the Russian with the american segment and two to allow dockings of the Shuttle and later Orion spacrafts.

PMA 1 connects permanently the aft hatch of Node 1 with the Zarya module.