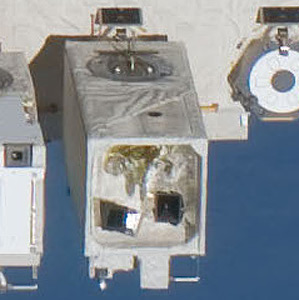 The Superconducting Submillimeter-Wave Limb-Emission Sounder (SMILES) is the first onboard mechanically cooled superconducting mixer and high-resolution system for measuring atmospheric minor constituents related to stratospheric and mesospheric chemistry. SMILES collected high-quality observation data for six months until the instrument encountered trouble. These data indicate the excellent performance of the SMILES instrument as the data analysis progressed, and the data are expected to produce a mine of new scientific information.

The main scientific objective of the SMILES mission is to study the recovery and stability of the stratospheric ozone, also known as the ozone layer. Some numeric atmospheric model calculations have suggested that global ozone levels will recover to pre-1980 levels around the middle of the 21st century. However, there are still considerable uncertainties affecting ozone levels, especially in the bromine budget and chemical processes of inorganic chlorine. In addition, stratospheric cooling due to increases in greenhouse gases in the troposphere may affect the trend and the stability of the ozone layer. The SMILES mission contributes to these studies by focusing on the detailed halogen chemistry related to ozone destruction processes.

SMILES was launched to the International Space Station on 11 September 2009, with HTV 1 on the H-2B-304 launch vehicle from Tanegashima Space Center in Japan. After being attached to a port of the Exposed Facility of Kibo (Japanese Experiment Module) on the station 25 September , the instrument passed several critical onboard tests. The nominal continuous observation of the Earths atmosphere started 12 October. SMILES performed observation for about six months, until a component of the instrument broke down on 21 April 2010. SMILES detected weak radiation from atmospheric constituents in the submillimeter wavelength region (0.460.48 millimeters of wavelength, which corresponds with 624650 gigahertz of frequency). By calculating the strength of spectral lines coming from various molecular species, the abundance of the species can be retrieved.

One sample (snapshot) of the global distribution of atmospheric constituents retrieved from SMILES observation is the ozone depletion and related change in the amount of chlorine compounds around the North Pole. In winter 2010, planetary waves in the stratosphere became vigorous, resulting in a stratospheric sudden warming event at high latitudes [about 104 °F (40 °C) increase of temperature within several days]. A heterogeneous chemistry process has been underway during this term, and gaseous hydrochloric acid, or HCL, decreased within the polar vortex. At the same time, chlorine chemistry was activated by solar radiation outside the polar night region, resulting in the high chlorine monoxide, or ClO, region. In this region, ozone destruction occurred. SMILES can determine such phenomena with high resolution simultaneously in different regions.In the brightness temperature spectra obtained from SMILES observation data, strong ozone and hydrochloric acid lines with other minor peaks of hypochlorous acid, or HOCl; nitric acid, or HNO3; bromine oxide, or BrO; and ozone isotopes can be seen. The noise level of the brightness temperature is around 0.4 Kelvin, which is at least one digit smaller than other space-borne limb sounders.During the first stage of SMILES instrument development, the current literature-based spectroscopic values were used to set the parameters for the spectrometer. The extremely high performance of the spectroscopy with SMILES has led researchers to reevaluate known atmospheric science data and to develop additional atmospheric investigations to test new parameters.SMILES was successfully launched and performed atmospheric observation with its high spectral resolution. Unfortunately, its operation was terminated after six months of observation; but the observation data indicated the outstanding performance of the SMILES instrument. Preliminary scientific results are reasonable and consistent with the results of other space-borne measurements. It is expected that undiscovered information will be found in the data collected over the six months of operation. Further studies related to data processing and analysis will be necessary to determine the real performance of SMILES instrument.

Although SMILES stopped atmospheric observation due to instrumental failures in April 2010, highly sensitive data obtained for a half year provides accurate global datasets of atmospheric minor constituents related to ozone chemistry. SMILES continues operations for instrumental calibration and cooling of a mechanical cooler, as well as a brush-up of retrieval algorithms for atmospheric constituents.