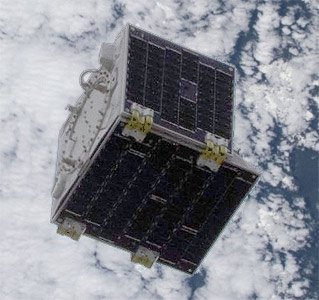 RED-EYE is a DARPA program to develop and demonstrate technologies which increase the utility of low-cost microsatellites.

Red-Eye 1 (Pinot) was launched as an internal payload on the Dragon CRS-17 mission to the ISS, where it was deployed via the JEM airlock using the NanoRacks Kaber deployer on 27 June 2019.