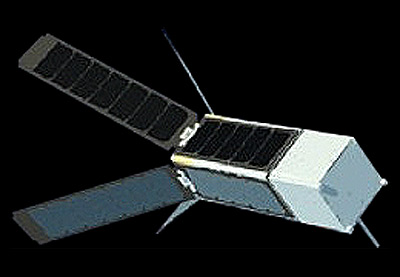 PREFIRE (Polar Radiant Energy in the Far Infrared Experiment) a pair of small CubeSat satellites to probe a little-studied portion of the radiant energy emitted by Earth for clues about Arctic warming, sea ice loss, and ice-sheet melting.

PREFIRE will fly miniaturized thermal infrared spectrometers, covering 0 - 45 µm at 0.84 µm spectral resolution, on two 3U CubeSat satellites. The sensors are based on technology previously flown on the Mars Climate Sounder, an instrument on NASA's Mars Reconnaissance Orbiter.

The CubeSats will orbit Earths poles to measure far-infrared emissions and how they change throughout the day and over seasons. The observations will allow scientists to assess how changes in thermal infrared emissions at the top of Earths atmosphere are related to changes in cloud cover and surface conditions below, such as the amount of sea ice and meltwater on the surface of the ice. The mission is planned to operate for one seasonal cycle (a year).

They were selected in 2019 by NASA's CubeSat Launch Initiative (CSLI) to be launched as part of the ELaNa program.The satellites are to be launched in 2021 into distinct 470650 km altitude, near-polar (82°-98° inclination) orbits.