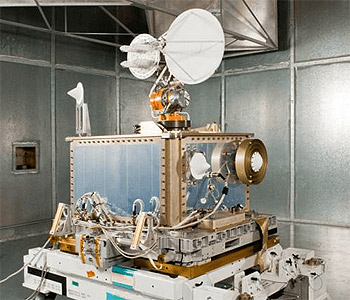 At the core of the SCaN Testbed are three unique software defined radios (SDRs) provided by government and industry partners. All of the radios are compliant with the NASA Space Telecommunications Radio System (STRS) Architecture Standard. The SCaN Testbed also includes an Avionics Subsystem, RF switching, and a variety of antennas, two of which are on a gimbal. The General Dynamics (GD) SDR is S-Band only, while the Jet Propulsion Laboratory (JPL) SDR has both S-Band and L-Band (GPS) capability. The Harris Corporation (HC) SDR is Ka-Band. The operating systems and waveforms within these radios are reconfigurable and will be changed (modified or replaced) during on-orbit operations. The Avionics Subsystem provides general control and data handling, as well as supporting network routing. Just like the radios, the software loaded in the Avionics Subsystem will be changed for experiments. The radios are mounted to the Flight Enclosure and functionally interface with the Avionics and Radio Frequency (RF) subsystems.

The SCaN Testbed exercisee various components of the SDRs operating environments (OE), waveforms (WF), and performance characteristics. An OE is like the operating system on a computer (UNIX, Windows, etc) and provides a common infrastructure for waveforms and applications. OEs and WFs have parameters that can be changed in the course of an experiment using a standardized method defined in the STRS standard. As well, new OEs and WFs will be loaded into the avionics or radios. Experiment Principal Investigators (PIs) will explore the efficacy and efficiency of different combinations of OEs and WFs.

The SCaN Testbed launched to the ISS on a Japanese HTV 3 (Kounotori 3), and was transferred and installed via Extravehicular Robotics (EVR) to the ELC 3 (ExPRESS Logistics Carrier-3) in the inboard, Ram-facing, Zenith-facing payload location on an exterior truss of the ISS.

SCaN-Testbed was deorbited together with CATS in the trunk of Dragon CRS-17 and burned up in the atmosphere on 4 July 2019.