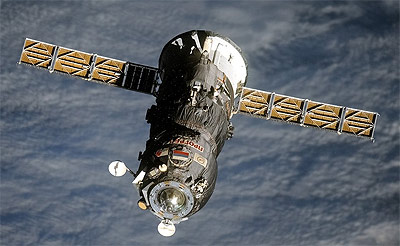 The Progress-MS is a uncrewed freighter based on the Progress-M-M featuring improved avionics.

The new version features the upgraded Kurs-NA rendezvous system, featuring the AO-753A antenna replaced the earlier 2AO-VKA antenna and three AKR-VKA antennas, while two older 2ASF-M-VKA antennas are retained. Kurs-NA will increase the reliability and safety during docking operations. The new SUD flight control system allows for autonomous trajectory measurements using the GLONASS (Uragan) navigation satellites. The communications system is also upgraded to use the Luch-5 data relay satellites. Also improvements were made to the micrometeoroid protection, the lighting system and the docking port. Finally, beginning with the third flight, Progress-MS can optionally carry four CubeSat deployers for a total of 24 CubeSat-units.