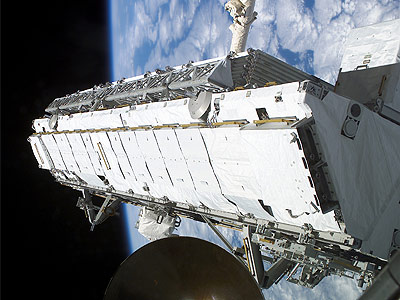 The P1 and S1 truss segments are mounted port and starbord on the central ITS-S0 segment. These truss segments each mount three articulated heat rejection radiators, which each uses 290 kg of anhydrous ammonia. They also contain carts to transport the Canadarm2 and astronauts to worksites along the space station. Design, test and construction of the S1 and P1 structures was conducted by McDonnell Douglas (now Boeing) in Huntington Beach, CA.