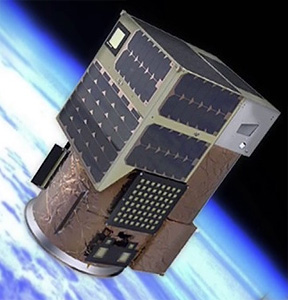 An U/V transponder with 2 W of output power for 8 GHz downlink and 2 GHz uplink will be operating on 100 kHz bandwidth. For backup telemetry, designers are considering UHF transponder operating at 9k6 GFSK.