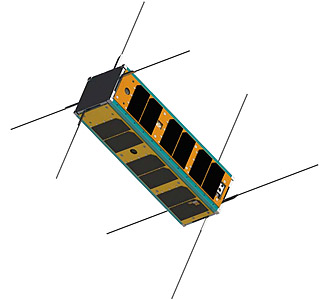 It is a 3U CubeSat and carries four small low resolution cameras as a technology experiment, which are only operated over Mexican territory. The data will be downlinked by an S-band downlink using frequency hopping technology. The purpose of the mission is to enable students of the Ensenada Centre for Scientfic and Higher Education to experiment on improving digital signal processing and Earth station software.

It was launched as an undisclosed commercial payload launched on a shared launch on an Electron KS in June 2019 from New Zealand, and was onyl identfied several weeks later by the New Zealand Space Angency.

A second satellite is planned for 2020.