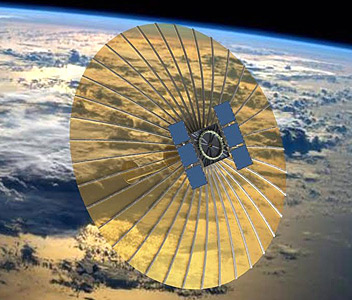 The first satellite, Umbra-SAR 2001, is a 65 kg satellites are equipped with a X-band SAR (synthetic apperture radar) to capture snapshot imagery with a resolution of 25 centimeters over a 16 square km area. The mission is to test technologies and designs, validate performance, and progress into a fully operational architecture. To collect radar imagery Umbra has developed a proprietary antenna technology allowing for relatively low power operation to achieve high quality SAR images.

Technology developments being tested include:

It was planned to be launched on the Transporter-1 mission on a Falcon-9 v1.2 (Block 5) ride-share mission, but was delayed to a later launch.