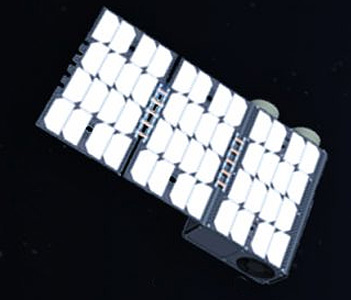 Guardian is a prototype for 6U CubeSat developed by Aistech to provide thermal images of the Earth. Aistech is planning to deploy a constellation of 20 thermal-enabled satellites.

The nanosatellite, named Guardian, carries a multispectral telescope designed by Aistech Space, with a variety of sensors from the visible (RGB), near infrared (NIR), and thermal infrared (TIR) spectrum. The satellite is built by OrbAstro.

Guardian was launched and deployed with the ION-SCV 006 orbital transportation vehicle designed, manufactured, and operated by D-Orbit to transport a batch of satellites into space, perform orbital manoeuvres, and deploy them with precision into their operational orbits. Guardian will be integrated inside IONs dispensers, alongside other spacecraft, and deployed according to Aistech Spaces requirements.