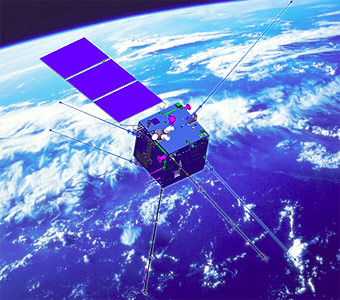 Zhangheng 1 is to measure the electromagnetic situation of earthquakes above 6 magnitude in China and quakes above 7 magnitude all over the world. It is based on the CAST2000 platform developed by the China Academy of Space Technology (CAST). The launch mass is 730 kg.

It carries a range of instruments to detect and measure high-energy particles, plasma, and electric and magnetic fields.

Data collected by the mission will also allow studying solar-terrestrial interactions and phenomena including Coronal Mass Ejections and solar flares.

It was launched in February 2018 on a CZ-2D (2) rocket from China's Jiuquan space center.