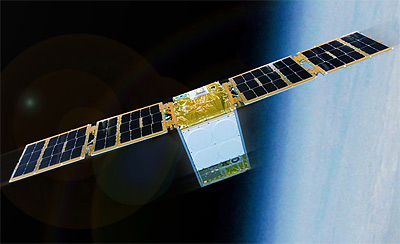 The satellite was built by Spacety to the 12U CubeSat form factor. This advanced satellite platform has strong capabilities to support a number of different payloads of high-power consumption and long duty cycle with a patented thermal radiator and an advanced power subsystem.

Also a THz '6G' experimental communications payload is on board.

The satellite also carried the 2nd of a new type of high-sensitivity X-ray polarization detector to carry out a new astronomical observation test, called GRID.

It also features the worlds first satellite propelled by an iodine electric thruster, the NPT30-I2 electric propulsion system, developed by ThrustMe. This space mission is the collaboration between Spacety Luxembourg and ThrustMe to demonstrate and validate the world first iodine propulsion system in space. The flight mission has been supported by the European Space Agency.