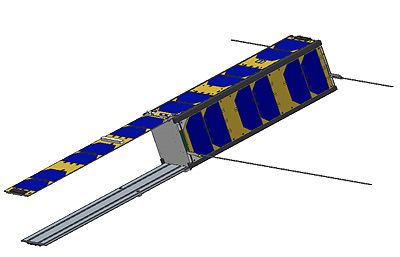 The satellite will have three objectives:

The satellite was to be originally part of the QB50 constellation, but dropped out later. Launch into a sun synchroneous orbit is now planned for 2018.