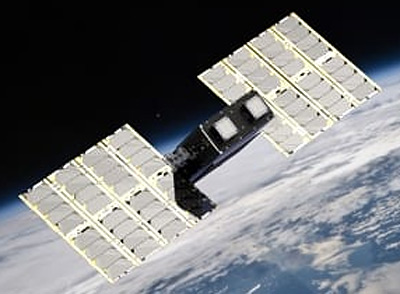 Kepler offers two primary communications services. The first is a global data transfer service that will securely relay gigabytes of data in a high-bandwidth store-and-forward solution via a Ku-band high-data-rate communications system aboard each satellite. The second service will provide cellular-quality, standardized Internet of Things (IoT) connections linking sensors and devices anywhere on Earth with their service provider.

After the first initial prototypes, KIPP and CASE and TARS, Kepler needed a mass producible design for the operational constellation.

Space Flight Laboratory (SFL) and Kepler Communications have entered into a satellite development and manufacturing agreement that could serve as a blueprint for future collaboration between microspace and newspace organizations. SFL has designed and built the first fully operational Gen1 nanosatellite in Keplers constellation of commercial communications satellites. The design of this satellite will be used by Kepler in mass producing 140 satellites. SFL personnel are assisting with the start up of production at a Kepler-owned and operated manufacturing facility where duplicate satellites will be mass produced. For Gen1, 15 satellites are planned.