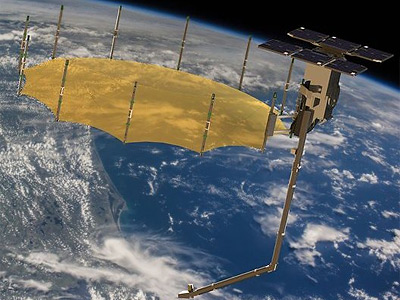 Capella Space of California is developing the Capella Synthetic Aperture Radar (SAR) satellites. They are planned to operate in a 30 satellite constellation.

The improved satellites are about twice as large as the Capella 1 (Denali) prototype to accommodate a bigger sensor aperture for the X-band Synthetic Aperture Radar (SAR) that can provide high-contrast, low-noise high-resolution sub-0.5 meter imagery. For this, it features a new 3.5 meter aperture deployed mesh-based reflector antenna.

The second satellite, Capella 2 or Sequoia, was launched as the prime passenger on a on an Electron Photon-LEO rocket into a 45° orbit at a nominal altitude of 525 km in late August 2020.