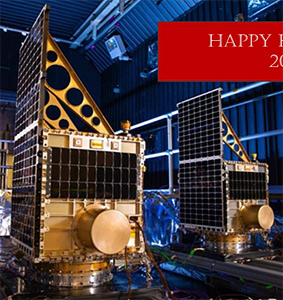 The twin Mandrake 2 satellites will carry optical inter-satellite links for broadband data. According to DARPA these could form the basis of future optically meshed networks in LEO. The satellites were made in just nine months by Astro Digital with optical links from SA Photonics.

The launch was planned for early 2021 on the SpaceX multi satellite mission "Transporter 1". When the satellites were to be mounted on the payload stack, the deployment mechanism was accidently activated, which led to damage to both payloads. The satellites then flew later on the "Transporter 2" mission.