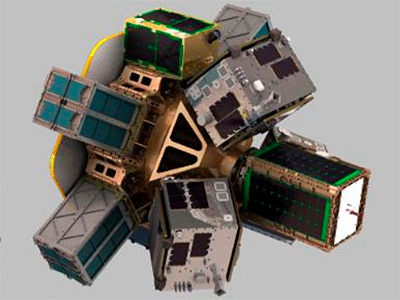 Sherpa-LTE builds upon Sherpa-AC by incorporating a high specific impulse (ISP), low-thrust, radiation-hardened electric propulsion system using a Hall effect thruster. As electric propulsion systems are able to generate over 6 km/s of delta-V, Sherpa-LTE has the capability to deliver spacecraft to GEO, cislunar, or Earth-escape orbits. Sherpa-LTE provides a low-cost alternative to purchasing a full direct-injection launch vehicle and extends the ability of small launch vehicles that are currently under development to reach beyond LEO.

Sherpas electric propulsion system is the Apollo Constellation Engine (ACE) provided by Apollo Fusion. ACE uses xenon propellant as standard, but can also utilize other propellants, such as krypton, if required. ACE is a Hall Effect thruster that provides up to 100 mN of thrust at up to 1400 s specific impulse, enabling highly efficient maneuvers for missions that require significant delta-V.