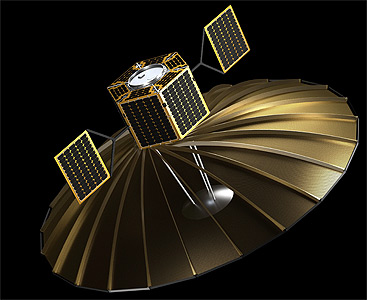 These satellites are the first operational satellites of a planned constellation of 36 satellites.

The satellites feature a 3.6 m diameter antenna of only 10 kg. It can distinguish objects 0.7 m long and identify cars on the road. Compared to the prototypes (QPS-SAR 1, 2), these satellites have increased power due to two deployable solar arrays and increased battery capacity. Also they feature thrusters for station keeping.

The first two operational satellites were launched together with several other satellites on an Epsilon (2) CLPS but failed to reach orbit.