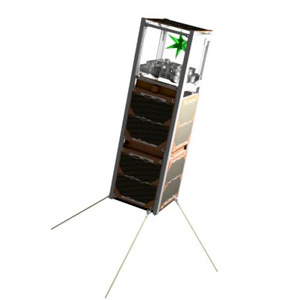 Its goal is to study in low earth orbit the growth of a suitable plant, replicating the conditions that life will experience on Mars surface. These conditions include low gravity force and high solar radiation.

The 3U CubeSat satellite, provided by GomSpace, consists of two units containing the satellites systems (based on SUCHAI 2) and one unit consisting of the biosphere payload. The proposed plant genus for PlantSat is Tillandsia. This is a hardy genus that can be found all across the neotropics, high up in the mountains of the Andes and down to the shores of the Atacama desert. This hardiness and versatility makes it an excellent candidate for survival in harsh environments.