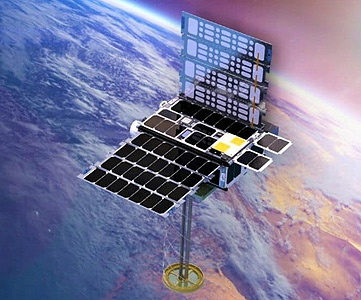 ELO 3 and 4 (Eutelsat LEO for Objects) are two 6U CubeSat built by AAC Clyde Space for initalising Eutelsat's low earth orbit Internet of Things (IoT) constellation. If the mission proves successful, Eutelsat plans to expand it into a full commercial constellation of 25 satellites dedicated to IoT services.

ELO will be used to assess the performance of low earth orbit (LEO) satellites in providing narrowband connectivity for objects. The satellite operator will be drawing on the technology of Sigfox, which runs a unique global narrowband network dedicated to the IoT.

AAC Clyde Space are manufacturing and launching the two 6U CubeSats which will host the first propulsion systems onboard AAC Clyde Space satellites. The IoT (Internet of Things) payload, developed in-house is built around a sophisticated Software Defined Radio which hosts the IoT signal processing algorithms provided by Eutelsat.

The satellites are expected to be launched by 2021 and will enter commercial service shortly after.