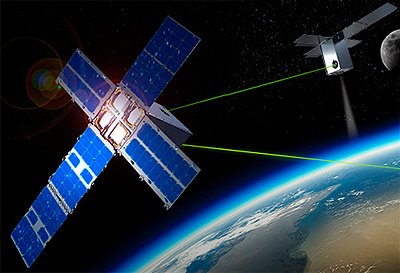 LINCS (Laser Interconnet & Communications System) is a mission to demonstrate Laser communication between satellites and the ground by General Atomics Electromagnetic Systems (GA-EMS) for the Department of Defense (DoD).

The experiment consists of two 12U CubeSats featuring Laser communications terminals. Both satellites and payloads are built by General Atomics Electromagnetics (GA-EMS)

The Space Development Agency will use these satellites to test optical crosslinks as well as communication between satellites and a pilotless MQ-9 Reaper drone made by General Atomics Aeronautical Systems.