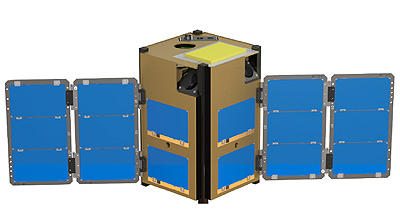 The LLITED (Low-Latitude Ionosphere/Thermosphere Enhancements in Density) is a two satellite 1.5U CubeSat scientific investigation mission by The Aerospace Corporation, Los Angeles, that will provide the first coincident measurements of Earths dusk-side thermosphere/ionosphere at lower altitudes, providing a detailed examination of the equatorial temperature and wind anomaly.

The Low-Latitude Ionosphere/Thermosphere Enhancements in Density (LLITED) CubeSat mission is a NASA funded HTIDs project. It is a 3-year grant with two 1.5U CubeSats delivery at 20-months.

Each CubeSat will host an ionization gauge (IG), planar ion probe (PIP), and GPS radio occultation sensor (GPSRO). The mission is to provide both ionosphere and thermosphere measurements related to the Equatorial Ionization Anomaly (EIA) and the Equatorial Temperature and Wind Anomaly (ETWA). The EIA and ETWA are two of the dominant ionosphere/thermosphere interactions on the low-latitude duskside. While the EIA has been extensively studied both observationally and with modeling, the ETWA is less well known since observations are infrequent due to a lack of suitably instrumented spacecraft (s/c) at appropriate altitudes. LLITED will, for the first time, provide coincident high-resolution measurements of the duskside ionosphere/thermosphere at lower altitudes that will characterize and improve our understanding of the ETWA, provide insight into the coupling physics between the ETWA and EIA, and increase our knowledge of the duskside dynamics that may influence space weather.