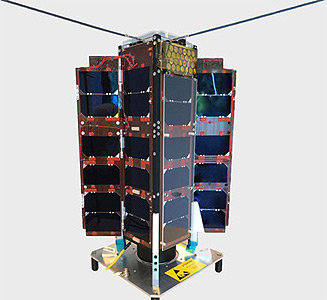 The DIDO satellites are 3U CubeSat satellites for micro-gravity rersearch designed by the Israeli / Swiss company SpacePharma.

Upgrades have been made to the DIDO-3 platform to be able to support dedicating more power to the payload, allowing it to maintain higher temperatures than the previous mission, DIDO-2.