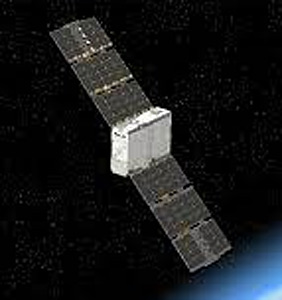 The AMS (Agile Micro Satellite) is a mission featuring a 6U CubeSat spacecraft to demonstrate that a CubeSat can reliably operate in very low earth orbit. It is led by the Massachusetts Institute of Technology (MIT) Lincoln Laboratory.

AMS will initially launch to an altitude of 500 kilometers and will use electric propulsion to maneuver to the lowest altitude possible. By demonstrating CubeSat performance at such low altitudes, the U.S. Air Force, and others will be able to leverage the technology to conduct important new Earth observation and other civil and military space missions.

The satellite features an ENPULSION thruster offering active thrust vector control without moving parts, the IFM Nano Thruster SE. This effect is achieved by the segmented extractor which enables the steering of the beam and achieves precise thrust pointing.