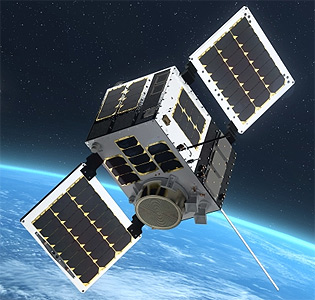 HawkEye 360 is developing a space-based civil global intelligence network that will use radio frequency (RF) technology to help monitor transportation across air, land and sea and assist with emergencies, which is essentially a civil SIGINT (Signal Intelligence) mission.

The constellation of small satellites, called Hawk, in low Earth orbit (LEO) will collect information on specific radio signals worldwide to provide high-precision radio frequency mapping and analytics. The envisioned constellation, once operational, could enable significant commercial applications such as allowing government and corporate customers to dynamically monitor transportation networks across air, land and sea. For government regulators, telecommunications companies and satellite broadcasters, HawkEye 360s system is being designed to monitor RF spectrum usage to identify areas of interference. The envisioned system could also be used to play a crucial role in the detection and location of activated emergency beacons, improving response times that are critical in life-threatening scenarios.

In March 2019 the first operational cluster of three more improved satellites was ordered. In September 2019, twelve more were ordered to expand the current constellation from three to 18 satellites for increased global persistence. In October 2022, 15 more were ordered.

UTIAS Space Flight Laboratory (SFL) will manufacture the bus and integrate the new RF payload developed by HawkEye 360. The satellites will geolocate more signals across a wider frequency range with improved accuracy and reduced data latency for more timely delivery to customers.