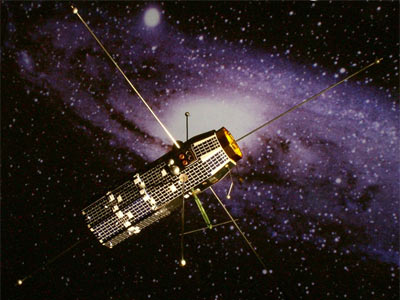 The C/NOFS (Communications / Navigation Outage Forecasting System) mission is to forecast and specify ionospheric scintillations in the Earth's equatorial region.

Scintillations are random fluctuations in signal phase and amplitude that develop when radio waves pass through ionospheric electron density irregularities. Irregularities randomly scatter the incident signals, causing interference patterns to form as the waves propagate away from the ionosphere and thereby generate scintillations. Scintillations degrade the performance of communication, navigation, and surveillance systems that rely on trans-ionospheric radio wave propagation. With scintillation forecasts, the warfighter can modify mission plans and prevent potential mission failures by optimizing and tailoring communications routes, paths, and/or priorities and effectively use satellite communication, navigation, and surveillance assets.

The six instruments that comprise the C/NOFS payload (described below) are classified into four groups, depending on the measurements that they perform:

Both the Neutral Wind Meter (NWM) and the Ion Velocity Meter (IVM) are provided by NASA as the CINDI (Coupled Ion-Neutral Dynamics Investigation) payload, which was selected as an Explorer Mission of Opportunity.

Mission duration is one year design life with a three year goal. Reentry occured on 28 November 2015.