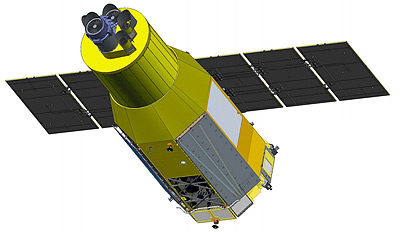 XRISM will carry replacements for Hitomis two lower-energy instruments  the Soft X-ray Imager and the Soft X-ray Spectrometer. The two Hard X-ray Telescopes and imagers will not be replaced.

NASA provides a copy of Astro-H's High-Resolution Soft X-Ray Spectrometer (SXS) called Resolve, which will probe matter in extreme environments; investigate the nature of dark matter on large scales in the universe; and explore how galaxies and clusters of galaxies form and evolve.

Their characteristics are similar to the SXS and SXI respectively flown on Hitomi and XRISM is designed to resume with most of the science capability lost with the Hitomi mishap.

The satellite might be used in conjunction with NuSTAR, which can cover the Hard X-ray segment not included in XRISM.