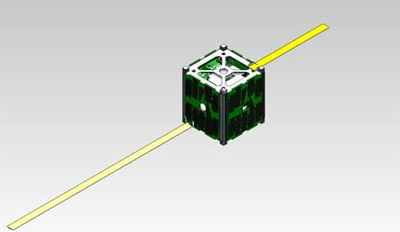 TechEdSat 1 (Technical and Educational Satellite) was a 1U CubeSat. It was built as a conjoined project between San Jose State University (SJSU) and ÅAC Microtec in Sweden, with NASA Ames oversight.

The mission of this satellite is to evaluate Space Plug-and-play Avionics (SPA) designed in Sweden by ÅAC Microtec and to perform a communications experiment utilizing the Iridium and Orbcomm satellite phone networks.

TechEdSat 1 was launched on board of HTV 3 to the International Space Station, from where it was deployed on 4 October 2012.