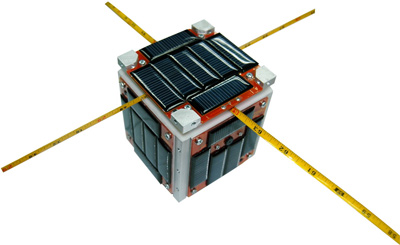 The satellite is 1U CubeSat, carrying a low-resolution camera, a 3-axis magnetometer and several temperature sensors. The passive Attitude Control System consists of permanent magnets and hysteresis rods.

The project started in late 2008 and was planned to be completed in 2012 with the launch of F-1 into Low Polar Earth Orbit on the maiden Neptune launch vehicle. Due to the unavailability of the Neptune launch vehicle, it was launched on board of HTV 3 to the International Space Station, from where it was deployed on October 4th 2012.

After deployment, no signal of the satellite has been received.