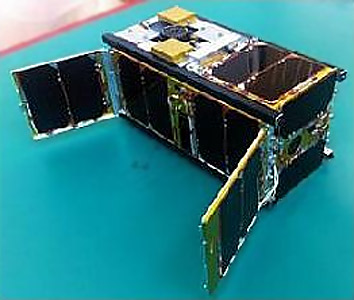 Raiko was a 2U-Cubesat built by the Japanese Wakayama and Tohoku Universities as a precursor to UNIFORM.

RAIKO carried three cameras: a color CMOS camera for taking photos of the ISS after deployment, a color CCD camera for earth observation, and a high-sensitive CCD sensor to be used for star observation and as an attitude sensor.

Additionally, it carried a 50 cm × 50 cm deployable drag sail to increase atmospheric drag at the end of the mission to ensure a earlyer re-entry.

The mission of Raiko was:

Raiko was launched on board of HTV 3 to the International Space Station, from where it was deployed on 4 October 2012. The last communication with Raiko was on 15 July 2013.