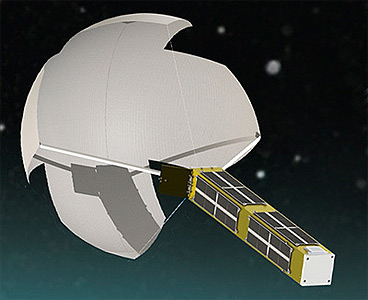 TechEdSat 8 (Technical and Educational Satellite 8) is a 1×6U CubeSat. It was built as a conjoined project between San Jose State University (SJSU) and the University of Idaho as a collaborative engineering project, with oversight from the NASA Ames Research Center.

It is a technology demonstration mission that will further develop and demonstrate the Exo-Brake system through full recovery of a payload. It will feature a semi-autonomous control system to target the entry face point, as well as capabilities to measure a unique ablation device on the forebody.

It was selected in 2017 by NASA's CubeSat Launch Initiative (CSLI) to be launched as part of the ELaNa program. The satellite was launched to the ISS in late 2018 and was deployed on 31 January 2019 from the ISS.