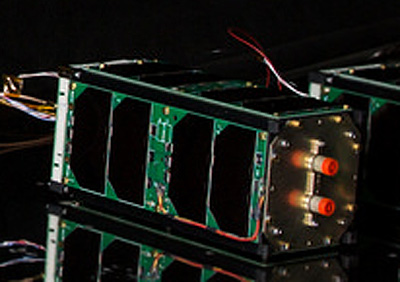 X-CubeSat 1 is a 2U-CubeSat for technology development and upper atmosphere science. It is developed and built at École polytechnique.

The purpose of this CubeSat include upper atmosphere science for the QB50 project, radio communication experiments, technology demonstrator, education, training and outreach. It also provides an Amateur FM transponder.

The satellite was launched with the bulk of the QB50 constellation to the ISS in 2017, from where the satellite was deployed on 17 May 2017. The in-orbit lifetime of X-CubeSat is about 3 months, from deployment to de-orbit.