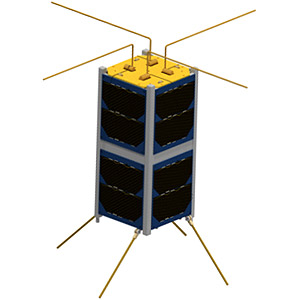 As a payload for QB50, the satellite carries a multineedle Langmuir probe (mNLP) sampling the electron density of the space around it, Thermistors and a Magnetometer.

The secondary payload is DUTH's ASCIs Board and ULPDAQ chip.