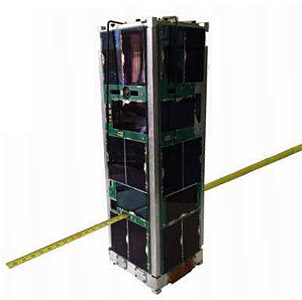 Besides the QB50 payload, URSA MAIOR carries the ARTICA deorbit sail, which will be deployed at the end of the mission and the MEMIT MEMS MicroThruster Experiment.