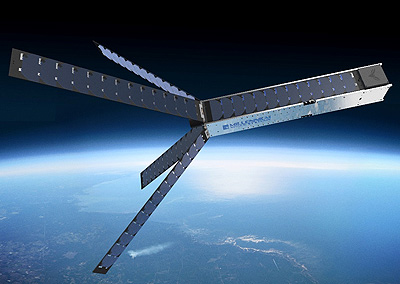 ALTAIR Pathfinder or ALTAIR 1 is a 1×6U CubeSat technology demonstration mission by Millennium Space Systems.

Millennium Space Systems has signed a contract with NanoRacks LLC to launch the satellite into Low Earth Orbit (LEO) via the International Space Station (ISS). The spacecraft was carried to the station in 2017 via the Cygnus CRS-7 cargo flight, from where the satellite was deployed on 17 May 2017.