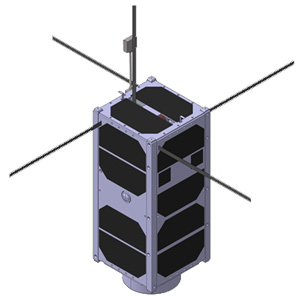 QBITO is a Spanish 2U-CubeSat designed by E-USOC (Spanish User Support and Operations Centre) at the Polytechnic University of Madrid participating in the QB50 project.

It carries the INMS (Ion/Neutral Mass Spectrometer), which measures the mass of ions and neutral atoms, as the primary payload for the QB50 project.

Together with the INMS, QBITO will carry three additional payloads:

The satellite was launched with the bulk of the QB50 constellation to the ISS in 2017, from where the satellite was deployed on 25 May 2017, but does not appear to work.