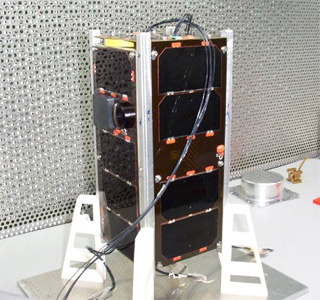 It carries a Science Unit (SU) named INMS (Ion/Neutral Mass Spectrometer) for sampling of low mass ionized and neutral particles in lower thermosphere, such as O, O2, and N2.

The satellite was launched with the bulk of the QB50 constellation to the ISS in 2017, from where the satellite was deployed on 25 May 2017, but does not appear to work.. The in-orbit lifetime of SUSat is about 3 months, from deployment to de-orbit.