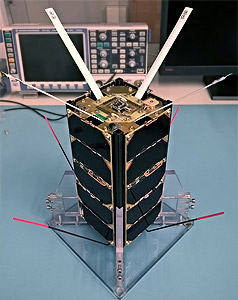 Aalto 2 is a 2U-CubeSat mission built by the Aalto University of Aalto, Finland.

Aalto 2 features a multineedle Langmuir probe (mNLP) for the QB50 project sampling the electron density of the space around it. Aalto 2 is built to the 2U-CubeSat standard.

The satellite was launched with the bulk of the QB50 constellation to the ISS in 2017, from where they were deployed. Aalto 2 operated for four days, when problems with the communication systems appeared, leading to the loss of signal soon after.