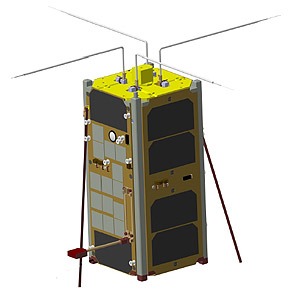 BeEagleSat is a 2U CubeSat to be launched within the EU FP7 project QB 50. It is being produced by Istanbul Technical University and Turkish Air Force Academy. Sabanci University provided a CdZnTe based semiconductor X-ray detector and associated readout electronics.

The X-ray detector utilizes cross strip geometry to test the detection system in space, but it does not carry a mask for imaging. The readout was be established by an application specific integrated circuit controlled by a microcontroller. The system had its own battery and was turned on intermittently due to power and telemetry constraints. It characterizes the hard X-ray background in 20-150 keV at low Earth orbit conditions as a function of altitude.