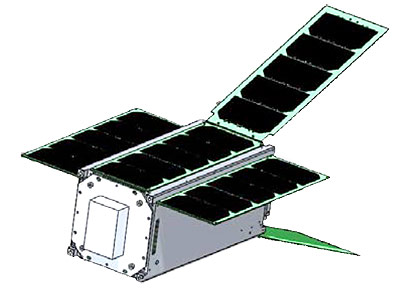 QBUS 2 or Atlantis is an US 2U-CubeSat designed by the University of Michigan participating in the QB50 project.