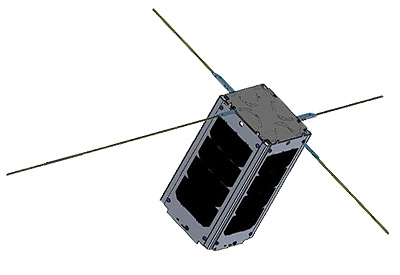 The CSUNSat 1 carries an innovative, low-temperature capable lithium-ion battery / super capacitor hybrid energy storage system. It will perform a series of tests to prove that this energy storage system is ready to power missions to deep space and operate at temperatures down to -50°C without the need for heavy, power-hungry heaters. The goals are:

It will also carry a Morse code beacon which will broadcast basic telemetry about the spacecraft to students around the world.

CSUNSat1 was funded by the NASA Small Spacecraft Technology Program and was selected in 2015 by NASA's CubeSat Launch Initiative (CSLI) to be launched as part of the ELaNa program. The satellite was launched to the ISS in 2017 on the ELaNa-17 mission, from where the satellite was deployed on 18 May 2017.