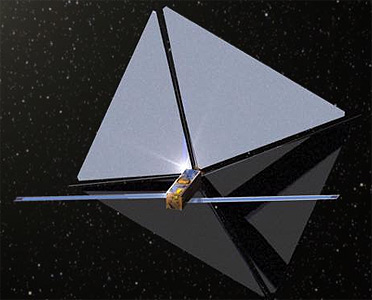 The COMPASS-2 or DragSail-Cubesat cubesat project is conducted at the Fachhochschule Aachen for educational purposes and technology demonstration.

COMPASS-2 is an universal experimental satellite bus, providing the subsystems for the payloads such as electric power, data storage and handling, attitude control and communication. The center 1U module contains the satellite's avionics, while the two outer 1U payload boxes offer companies and universities an easy way to test and validate their experiments in space.

One of the payloads is a deployable DragSail. This payload increases the satellites drag ratio for a controlled re-entry into the earths atmosphere.

The satellite is one of two QB50 IOD satellites, which were to be launched on a Dnepr rocket on the QB50-DS flight. As the availability of Dnepr had become doubtful, they were transfered to an Indian PSLV-XL launch.